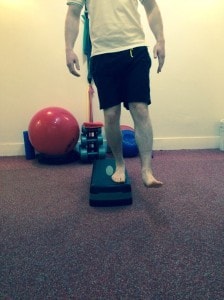 Patellofemoral Pain Syndrome, commonly known as “Runner’s Knee”, is a condition which presents primarily as pain at the front of the knee, in the joint formed between the knee-cap (patella) and the underlying bony structures of the knee joint.

While Patellofemoral Pain Syndrome can theoretically present in any individual who undertakes weight bearing exercise, its tendency to commonly present in the running population has led to it being named Runner’s Knee.

How Common Is Runner’s Knee?

Injuries to the leg typically account for up to 80% of running injuries, with knee injuries accounting for the majority of these cases.

Generally, Runner’s Knee has been shown to account for approximately 25% of all knee injuries presenting in sports medicine clinics.

What Causes The Pain Of Runner’s Knee?
The pain associated with Runner’s Knee presents due to an irritation of the joint surfaces created by the patellofemoral joint – the joint formed by the resting of the patella (knee cap) on the thigh (femur). This irritation, due to sub-optimal positioning or tracking of the knee cap, is the result of many of the risk factors found to predispose to Runner’s Knee.

What Are The Risk Factors For Runner’s Knee?

Several risk factors have been identified as predisposing to Runner’s Knee, many of these factors being modifiable. These factors include;

Additionally, several extrinsic factors have also been identified as contributing to the development of Runner’s knee. These factors primarily include an overly acute increase in training distances, and inappropriate footwear.

How Does Runner’s Knee Present?

Runner’s Knee is typically reported as pain or discomfort anywhere around or “behind” the knee cap. These symptoms will often present some time into a prolonged run, with symptoms typically lingering for some time even after running has stopped.

Besides running, typical aggravating activities will include walking downhill or down stairs, deep squatting, or initial movement of the joint having been sat for a prolonged period.

How Can Physiotherapy Help?

What Can I Do To Help This Condition Myself?
Prior to, or while attending physiotherapy, the patient can also help the recovery process by following several steps to address both cause and symptoms of the sore foot

Wish to enquire if we can he with you hip/knee pain? Or simply looking for advice with regard to training volumes as you look to rehabilitate an injury? Call 0141 3530906 today – our specially trained physiotherapists can help!